Regional Factoring on Conference in CEE and SEE

The Serbian Export Credit and Insurance Agency, under whose auspices the Factoring Division also operates, was the general sponsor of the “Regional Conference on Factoring in CEE and SEE” held on October 3-4, 2019 in Belgrade. The meeting was opened by the President of FCI together with representatives of the Ministry of Finance and the Serbian Chamber of Commerce.

The conference brought together more than 120 participants from over 20 European countries including FCI experts, a global network of leading factoring companies in the world.

The main organizer of this event was FCI in cooperation with the Section for Factoring Development at the Serbian Chamber of Commerce.

The conference stated that the worldwide factoring turnover in 2018 reached EUR 2.767 billion, which is a continuous increase of 6.5% over the previous year. According to data from the Factoring Development Section at the Serbian Chamber of Commerce, the total factoring turnover in our country in 2018 amounted to over 782 million euros and reached an increase of as much as 28%, Tanja Kursar, President of this Section and Director of the Factoring Division at AOFI.

This type of financing has existed in the countries of the European Union and America for 60 years, but in recent years it has been developing rapidly in our region, so this conference has been of great importance in order to exchange experiences, get acquainted with new forms of financing, as well as the progress of the IT industry that follows this area. 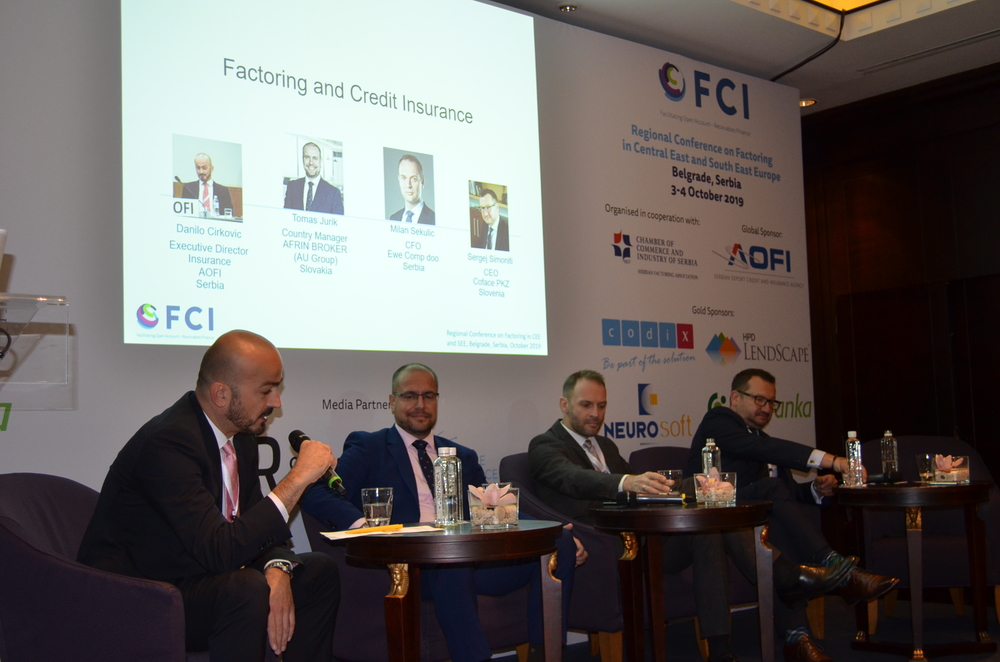 There was also talk of the region’s economy, legal regulation, credit insurance, the supplier financing chain, Block Chain and FinTechs and other financial services.

One of the panels discussed the possibility of factoring cooperation with credit insurance. As one can hear from factoring users (SMEs), this cooperation would certainly be an advantage in marketing domestic products to the foreign market, but with the suggestion that it would be easier to merge the two financial services into one contract. The panel was moderated by AOFI, Executive Director for Insurance- Danilo Cirkovic, who on this occasion indicated a possible new product of the Agency. 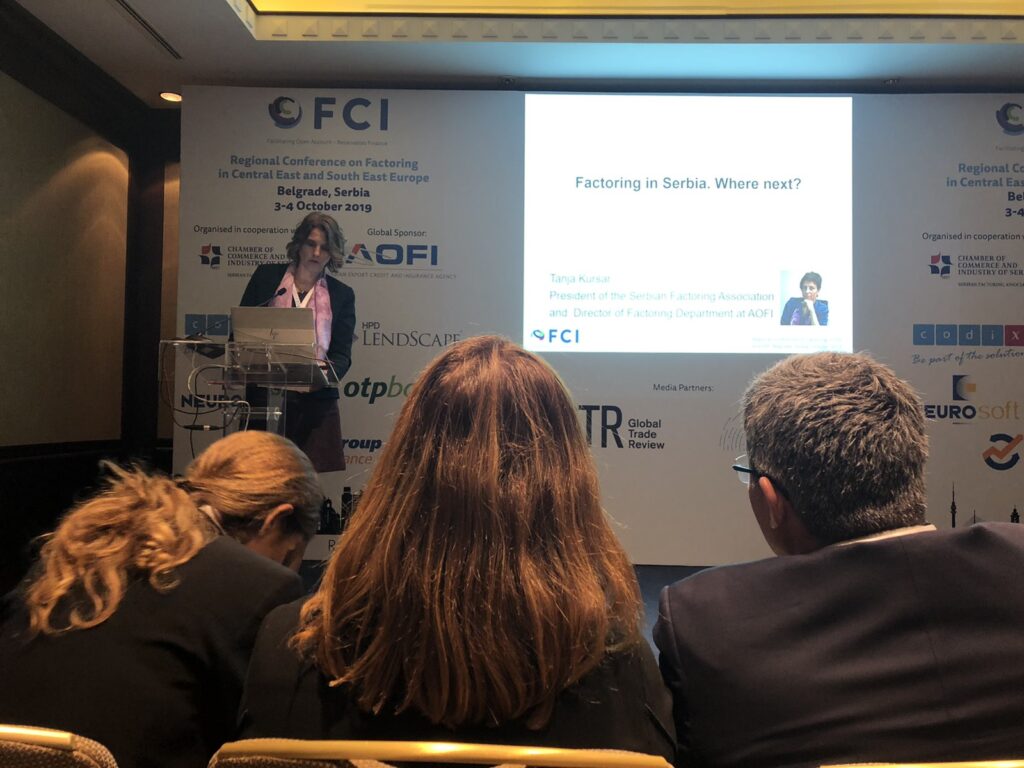 Numerous economic forecasts could be heard for the coming period, such as the expected recession of the German economy due to many factors, from losses in the automotive industry and nuclear shutdown and the need for other forms of energy production, and other, which may be a problem as the countries of this region export the most to Germany, but also to Italy.

It was also mentioned that the Croatian factoring market recorded a significant decrease of as much as 18% compared to 2017 due to the loss of Agrokor, which led to the shutdown of some factoring houses. 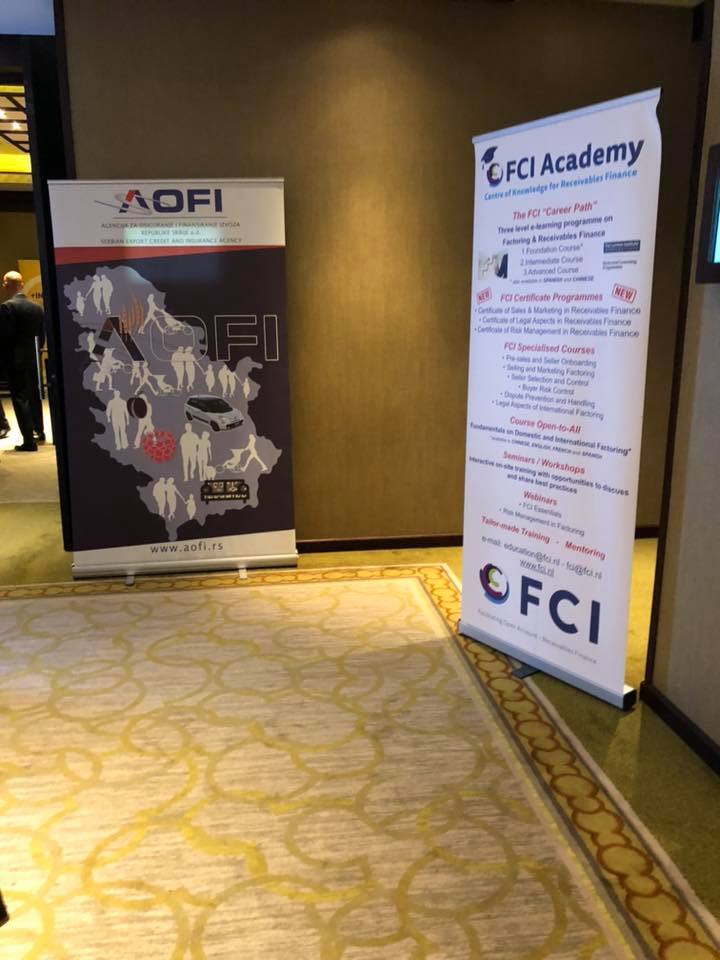 One of the conclusions is certainly the agreed joint action of the countries of the region when it comes to the regulations in the area of ​​prevention of money laundering and terrorist financing, since all have similar problems because the mentioned Laws and obligations arising from them slow down or even hinder the process of work itself the purpose of factoring. Representatives of EU countries stated that their laws do not have such rigid rules and do not require customer identification, except for a default check for billing assessment purposes, while in some countries factoring is not even subject to the Act.

Numerous IT platforms have been introduced that accelerate and simplify the factoring process itself as well as other segments in the field of financial business.

The purpose of the factoring industry, which promotes and facilitates small and medium-sized enterprises to place their products on the domestic and international markets, is reiterated, while providing them with the necessary working capital and security of collection.